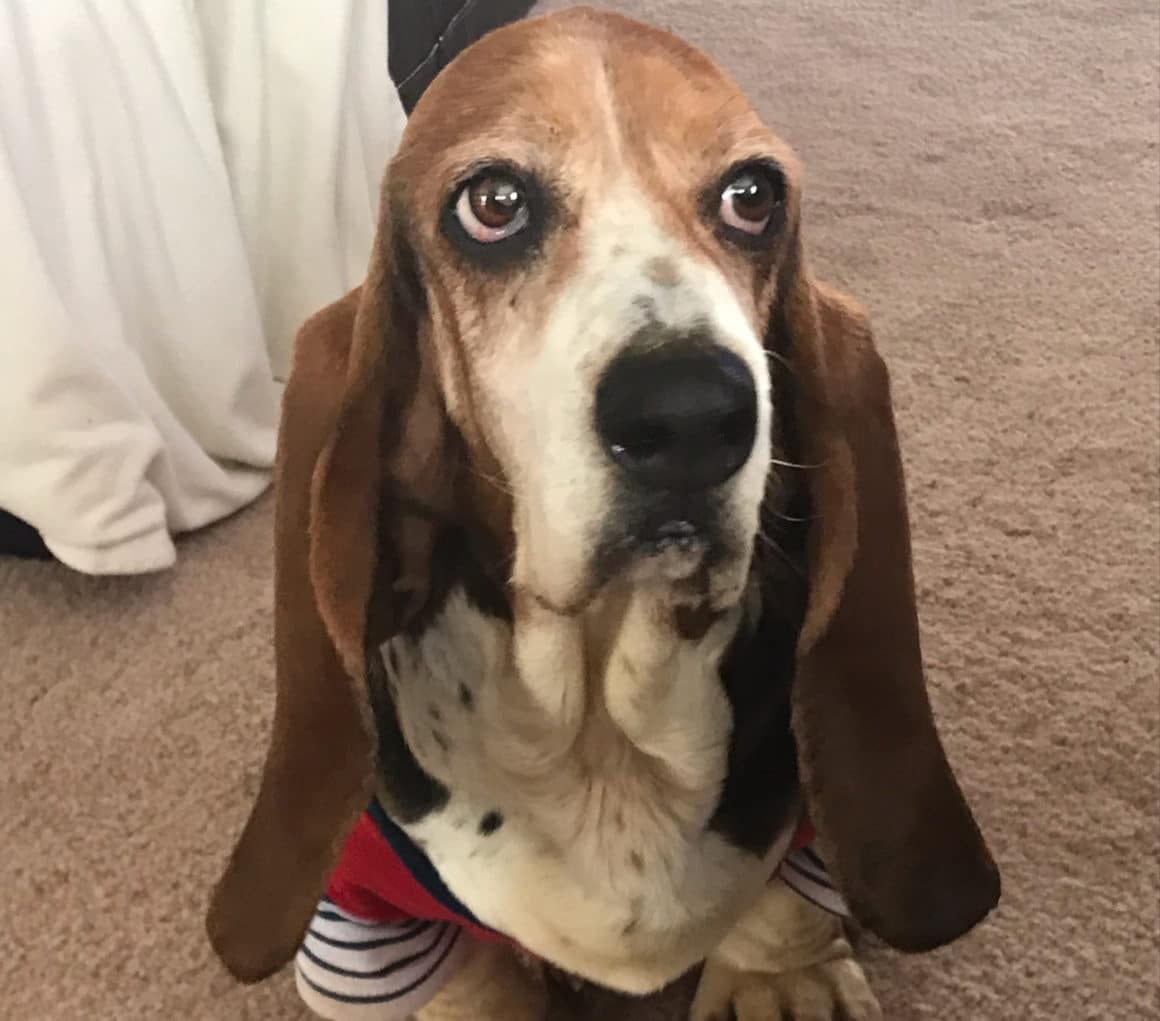 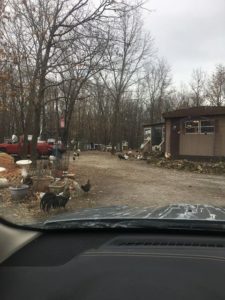 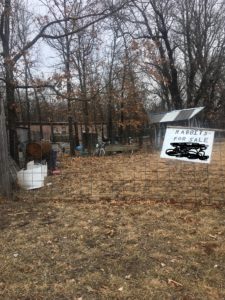 In late February, ABC Basset Hound Rescue Intake Coordinator, Shelly Gordon, was contacted about taking in a 9 year old basset named Roland in Missouri.  A neighbor saw the way he was being treated and eventually talked the owner into surrendering him to a rescue. Roland lived outside on a chain 24 hours a day. His main diet consisted of chicken feed.

ABC BHR of course said YES! He was taken to a vet in Missouri where it was determined he tested “faint heartworm positive”. Although this was disappointing, it was not surprising. A dog living outside in Missouri not on heartworm preventative, this was bound to happen.

Heartworm treatment here in New York easily starts at $1,000. We asked if there was a foster home in Missouri who could foster him during his heartworm treatment. A wonderful family Vicki and James, who just lost their basset to cancer, offered to foster him until he tested heartworm negative and could make the long trip to New York. 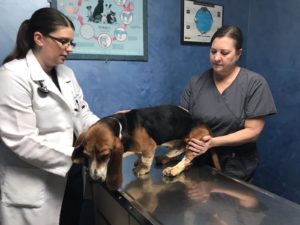 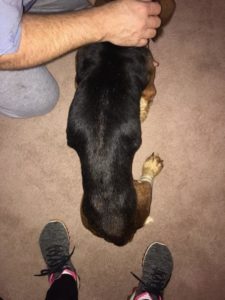 When Vicki picked up Roland from the vet’s office to take him home, she called Shelly crying. Vicki could not believe the condition he was in. Vicki immediately took Roland to her vet. Roland was 15 pounds underweight. He could barely walk. He had numerous hot spots and his nails were severely overgrown from obvious lack of care. The vet did an x-ray and discovered Roland had a fused spine, possibly from an injury that was never treated. He had Megaesophagus and a thickening of the stomach walls….possibly stomach cancer. The vet did bloodwork and Vicki took Roland home to wait for the results. If the results showed cancer, he would be humanely euthanized.

At his foster home, Roland wouldn’t eat, after all, he was not use to dog food. Roland would try and walk around their house and no matter how much pain he was in, his tail was like a helicopter. It never stopped wagging! Roland received lots of love from his foster family while awaiting the bloodwork results. 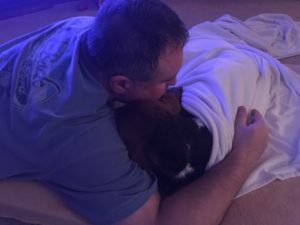 Vicki called Shelly with the bloodwork results and they came back normal! So, we decided to “wait and see” and keep him as a hospice dog.

After a month of good food, excellent care, and lots of love, Roland returned to the vet. At that time, they did a heartworm test and discovered he now tested heartworm negative! He put on weight and was doing great!

Vicki and James realized that no matter how short Roland’s time was to be on this Earth, he was meant to spend the remaining time with them. So, on March 28th, Roland became a permanent member of the family. 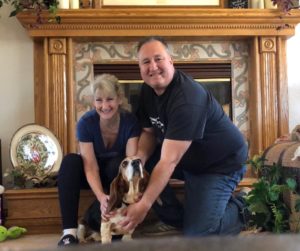 Please consider donating to ABC Basset Hound Rescue so we can help more dogs like Roland find their forever family.