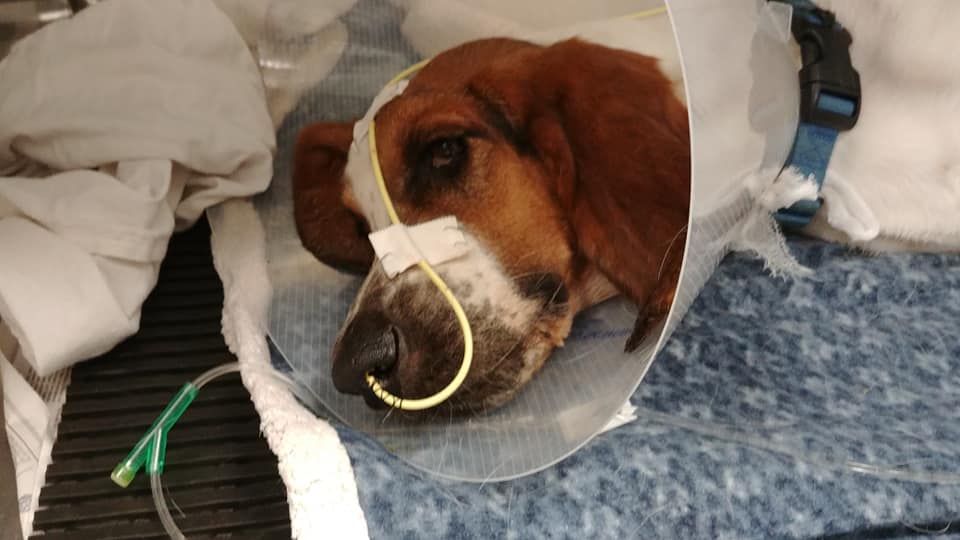 Bo Duke hasn’t had it easy. 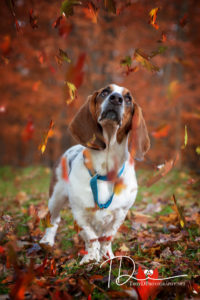 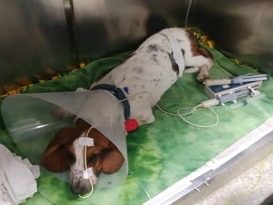 He came to us from a puppy mill auction, along with his brother Luke and sister, Daisy. They were 12 weeks old. Bo got adopted but, because of no fault of his own, he was returned. Bo went back in to foster care. Angela fell in love with Bo as soon as she saw him. He was eight months old and Angela and her husband, having lost their own basset two years ago, thought it was time to love another dog.  Their three kids agreed. After just a week in foster care, Bo was going to a new home.

Then something went terribly wrong.

Bo started to vomit violently and was filled with lethargy. He did not have an appetite; his eyes, gums and skin were yellow. The vet came back with a horrifying diagnosis: Leptospirosis. Leptospirosis is an infectious disease caused by a type of bacteria called Leptospira. The disease often causes serious damage to the kidney and liver, and in severe cases is fatal. Angela’s vet gave her an estimate of $5,000 to treat this disease with no guarantees. The vet suggested humanely euthanizing Bo to put his suffering to an end. Thankfully, Angela texted our adoption coordinator, Trudy, and told her of the situation. I immediately told Trudy to have her call me.

I told Angela to meet me at Orchard Park Veterinary Medical Center, one of the best vet offices in New York State. Bo was getting worse by the moment. He could barely walk. His gums were dark yellow, his eyes were yellow and he was so weak he couldn’t  hold his head up. The emergency vet on staff concurred with the leptospirosis diagnosis and gave us an estimate of $3,200-$4,600 to treat him. Angela said there was no way the family could afford that bill. 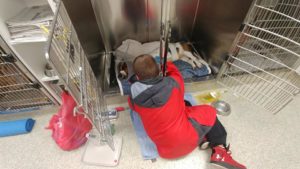 In the world of rescue we are faced with terribly difficult choices. For that amount of money, ABC BHR could help a dozen basset hounds. Our options were limited, give a $2,000 down payment and immediately start treatment, or, put Bo’s suffering to an end and euthanize him. I called my mom and told her I felt sick to my stomach committing almost $5,000 or more of our hard earned money for one dog. My mom, the voice of reason, said to me

“How would you feel right now if you had to hold his paw and watch the life drain out of him as he was being euthanized?”

Bo now had a family. A family had Bo.  ABC had to do something

I signed the estimate and handed over ABC BHR’s credit card.

Bo was worth it.

ABC BHR raises funds from donations, selling raffle tickets, The Slobber Shoppe, our monthly donors (ABC VIPs), our online auction and our Spring Basset Blast. A lot of effort goes into making every single dollar for the basset hounds.

After 48 hours in the hospitalization, Bo was crashing. The odds were against him and things did not look good. Angela & Kevin would visit him every evening. His foster mom, Robyn, went to visit him as well. He knew he was loved and he had an amazing home waiting for him. 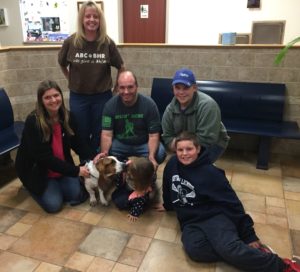 Bo wasn’t ready to give up. He started to fight. Then, it came.  A sudden turn…his bloodwork was showing improvement… his eyes began to clear…he started to stand up on his own and then….then… that sign that  all basset companions look for came– he wanted to eat!  Six days in and Bo was getting better! He was going home! By the weekend he was stealing his dog brother Oscar’s food and playing with his human siblings!

That’s a huge hit to a rescue organization and the reality of it means it would threaten our ability to help the next Bo who came our way. The power of people like you to change the lives of bassets like Bo and the families who give dogs like Bo forever homes is incredible. But we know we need to do more to make sure every basset hound who comes to our door survives to get the chance to be adopted. 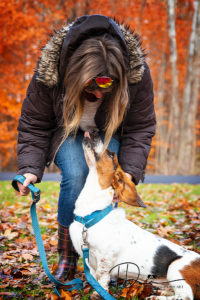 If you can, please give online at nybasset.org/donations. Gifts may be made by credit card or check and we also gratefully accept employer matching gifts and grants from trusts and foundations.

100% of your donation to this appeal will pay for emergency vet care for rescues basset hounds. As a tax-exempt organization, donations to ABC Basset Hound Rescue are tax deductible to the extent allowed by law.

Thank you for your support – it means a lot.

Thank you to Troy D Photography for taking these beautiful pictures of Bo. 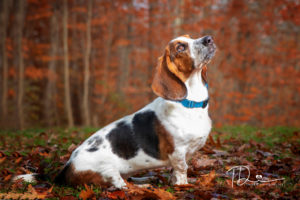 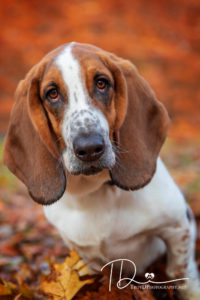 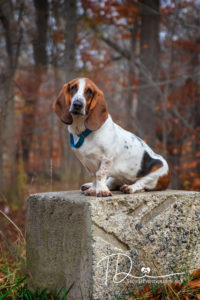