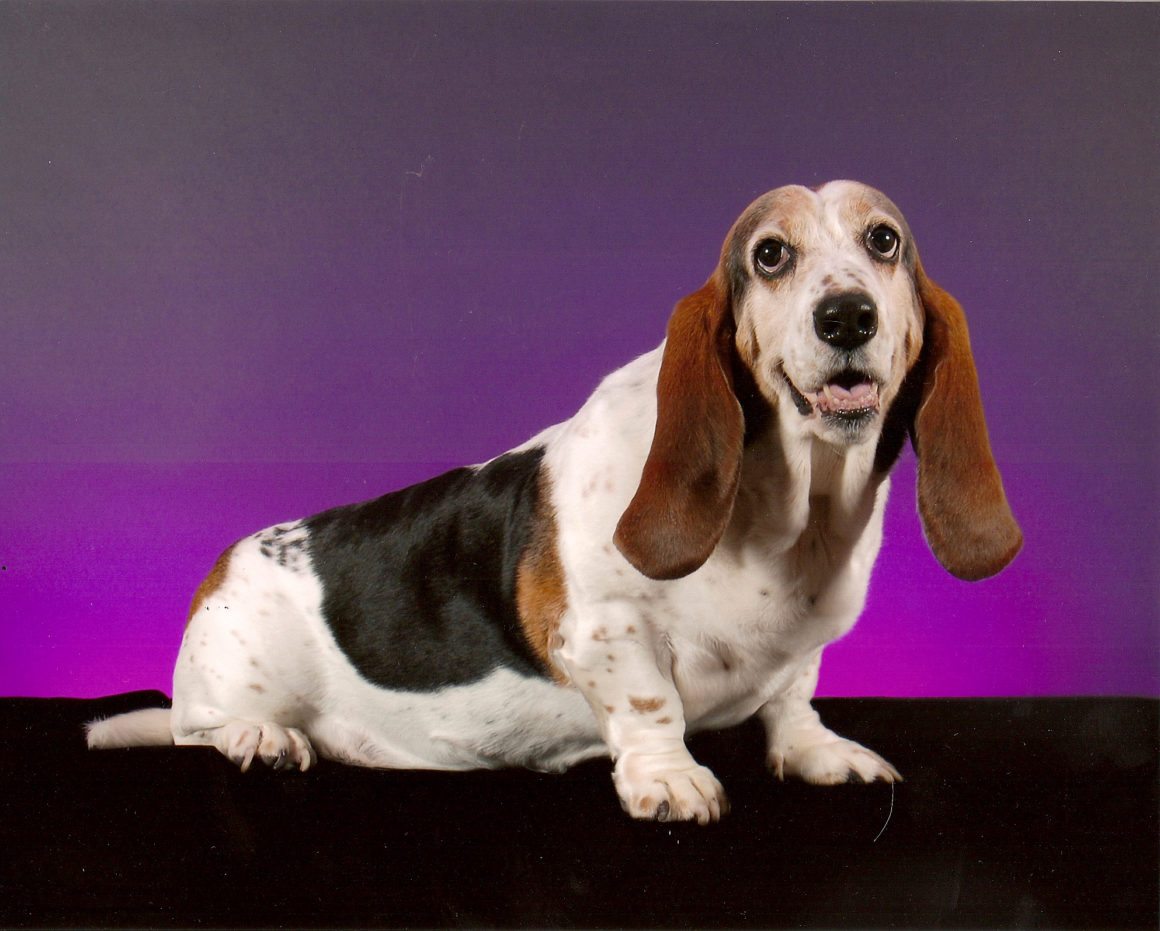 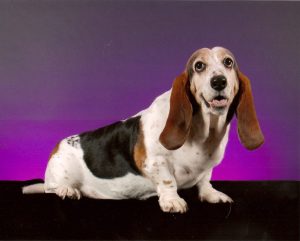 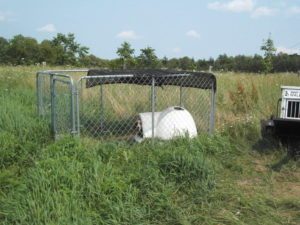 Eeyore was adopted through ABC Basset Hound Rescue when she was just shy of 5 years old. She was used for breeding and when she could no longer have puppies, she was banished to live outside. When Eeyore had a scuffle with the new breeding stock, she was listed for sale in the paper for $300.

ABC supporter, Diane, saw the ad in the newspaper and alerted ABC volunteers Gary & Shelly. Shelly called the family and offered to take her in to ABC Basset Rescue, get her spayed, get her vaccines and put her up for adoption. “Nope, $300 firm.” A few months went by and she was again for sale in the paper. The owners were called again. “Nope, $300 firm.” A few weeks after that, ABC was called and told to “pick her up TODAY”.

ABC volunteers Shelly & Laurie drove out to get her where she was found in a pen far behind the house. She had a plastic igloo for a house, a tarp to keep the sun off of her and a bowl of discolored water. First order of business when she got to the foster home was a bath! She sat there in Shelly’s backyard being hosed and shampooed and sat there like she enjoyed it. When Shelly towel dried her, Eeyore looked up at her with her big beautiful brown eyes as if to say “thank you”. Shelly knew Eeyore was there to stay.

Shelly heard about the therapy dog program, Paws for Love, through the SPCA serving Erie County, and thought Eeyore would be a great therapy dog. Eeyore attended 8 weeks of “Canine Good Citizen” classes and when she went to the SPCA for her final test, she nailed it. 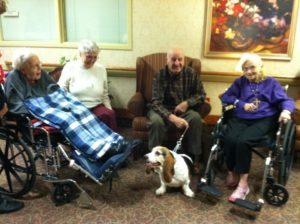 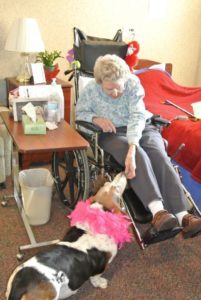 That next week, Eeyore started her gig as the therapy dog at Elderwood Skilled Nursing in Cheektowaga. She would visit the residents every Tuesday. Rain, snow, sleet or hail, nothing would stop Eeyore from going to her weekly visits. Eeyore was a therapy dog for 5 1/2 years at Elderwood. She clocked in for 235 visits in her career!

On October 24th, 2017, at the age of 14, Eeyore retired from her therapy dog duties. She had a lump removed over the summer and while she was on vacation in the Outer Banks in September, the lumps came back with vengeance. Eeyore got to visit her people one last time after vacation and had a party complete with cupcakes! Eeyore and her mom have made some great friends through her visits at Elderwood. She made the residents smile and talk about the dogs they use to have. The residents and staff at Elderwood will miss seeing Eeyore’s smiling face every week. 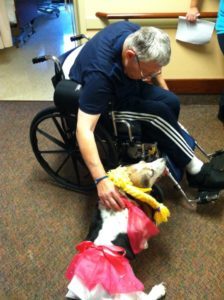 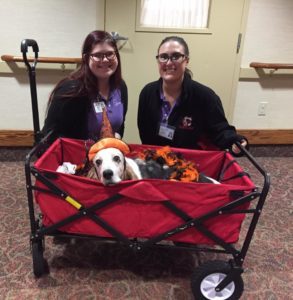 Many people think that ABC Basset Hound Rescue is “just a dog rescue”. But, in fact, dogs like Eeyore help people too.

11/10/17 Update: Eeyore’s cancer became too much. On Friday, her mom and dad held her tight and helped her cross the rainbow bridge. She has left a huge hole in the hearts of many. 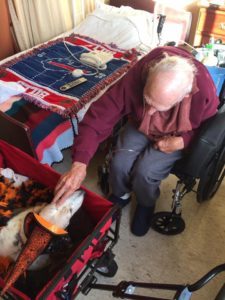