A few weeks ago, bassets and basset hound lovers from all over New York gathered in Buffalo to have a blast! Among the attendants were 141 hound lovers and 84 dogs. One hound made their way to a forever home and a few hounds up for adoption made their appearance to the crowd.
The new blow-up Basset made its debut appearance, catching the attention of many passerby’s who just had to know what was going on! 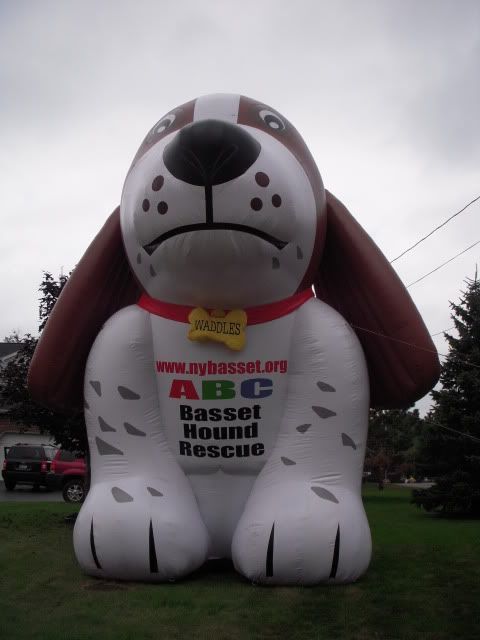 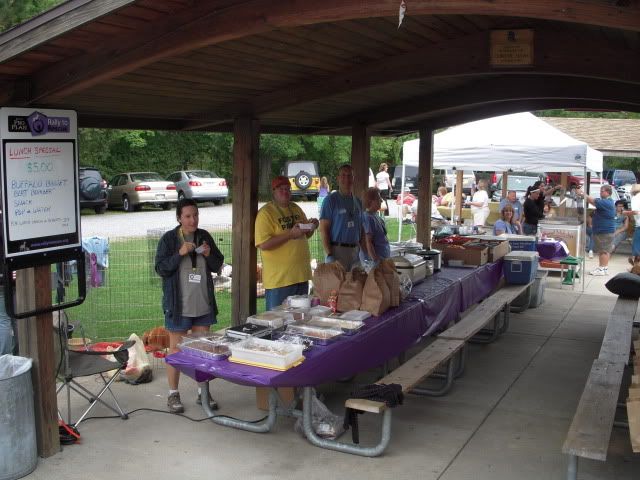 Our second place winner of the low-rider competition was exhausted after winning. 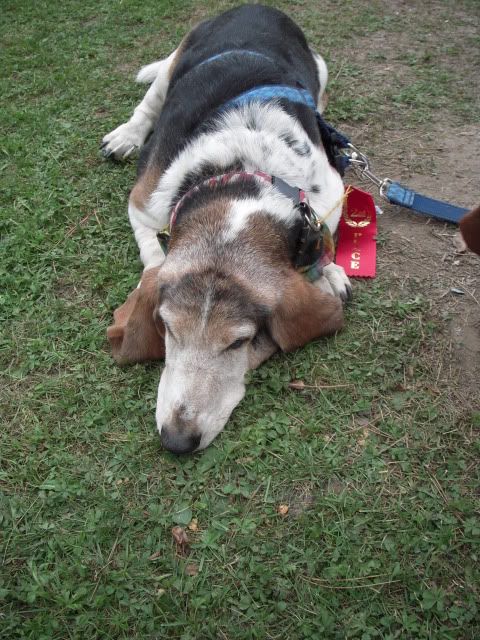 s year, we raised a lot of money for ABC. But a lot of it has to do with who was selling the raffle tickets. Who could resist this face! 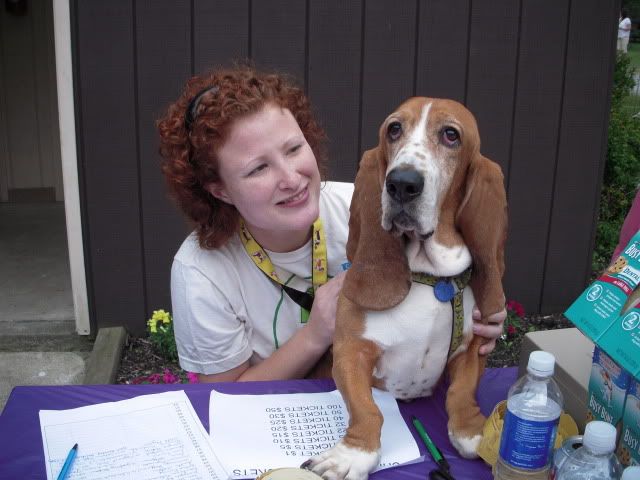 While celebrating the success of the Blast, we also celebrated the birthday of our very own Shelly! What better way to celebrate than with a (delicious) cake featuring ABC’s new logo! Duke also thought cake was a great way to celebrate. 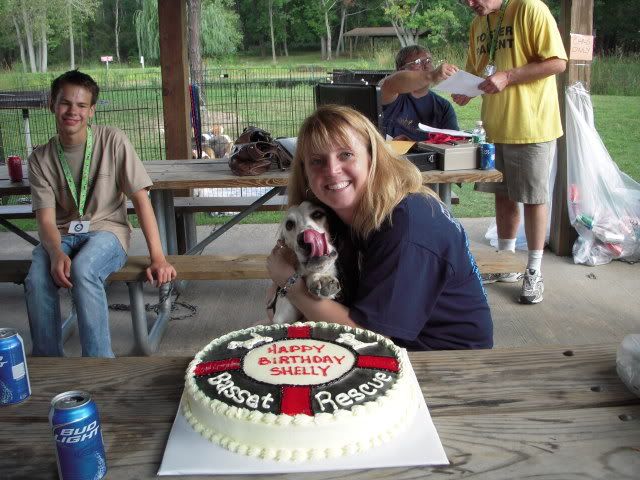