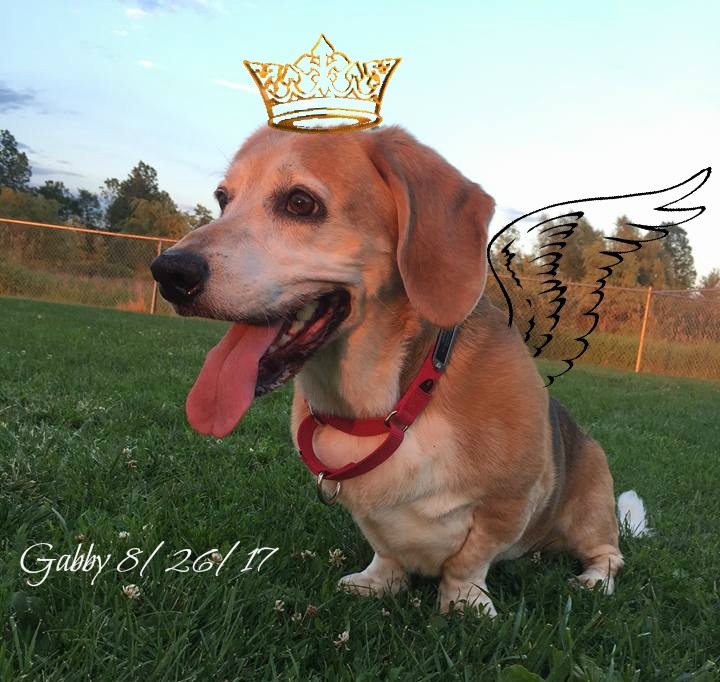 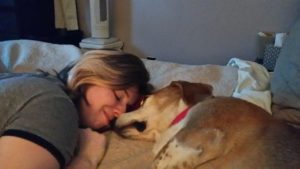 For those of you that attended the Spring Basset Blast in April, you may remember the Princess of our Royal Court…Gabby. Here was her Royal Court story….

When Gabby was at the young age of 2, she found herself at the SPCA in Watertown, NY. She was adopted by a lady who would give her 8 happy years. What made Gabby’s owner happier than Gabby?  A new wife. Once Gabby’s owner’s new wife moved in, she was told to “get rid of the cat”. Gabby’s owner surrendered her cat to a shelter. Two months later, the owner’s new wife said “Get rid of Gabby”.  ABC was called and a plan was put into place to get her to Buffalo. Gabby’s mom was asked to meet an ABC volunteer in Syracuse to surrender her. Gabby’s mom asked if an ABC volunteer could pick Gabby up at the front door as her new wife didn’t want hair in the car.

Two of the volunteers who helped transport Gabby were Annabelle, and her daughter, Julianne. Little did they know that that short hour ride would impact all of their lives.

At the Basset Blast, Annabelle said she could not get Gabby out of her head. So, they took a leap of faith and adopted her at the Blast! Princess Gabby had a forever home!

Gabby really took a liking to Julianne. They were practically inseparable. Gabby would wait by the door for her each day and her tail would wag wag wag  when she would come home.

Unfortunately, ABC got a heart breaking message from Annabelle on Saturday, Gabby had passed away unexpectedly at home.

Thanks to Gabby’s new family for giving Gabby 4 wonderful months. It’s hard when they leave us, especially after just a short time 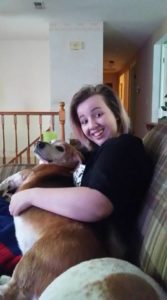 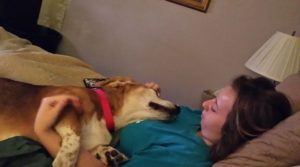 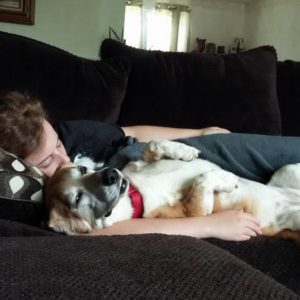