President
In 1995, my parents and I had a basset named Gunner. We dropped Gunner off at a friend of a friend’s house so they could use him to breed with their female. Little did we know that that would be the last time we’d see him. 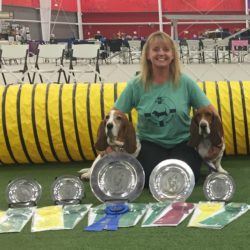 Vice President
Originally my wife and I started our volunteering as a foster home. We have fostered over thirty dogs. It has been a very rewarding experience seeing the great dogs adopted by families. It is extra special watching the children who end up with these fantastic dogs! 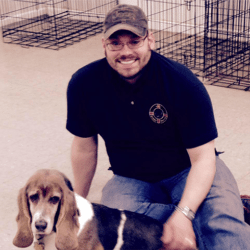 Boardmember/Treasurer
The early days each basset coming into the rescue was determined by how much the few of us could take out of our pockets, for the first few months it was slim pickings. ABC’s first adoption took place April of 2001. 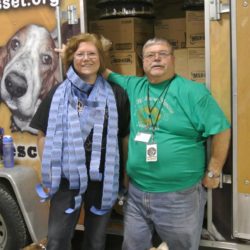 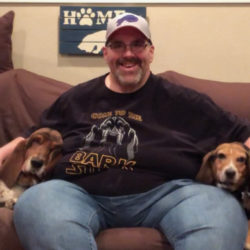 Secretary
I started with ABC in 2012 when I first became interested in fostering. It provided the perfect opportunity to give a homeless basset a loving home until they were adopted. The fact that ABC would take care of the vet expenses during that time was an extra benefit. Little did I know that one of those fosters would grab my heart, change my life forever and start my connection with ABC. 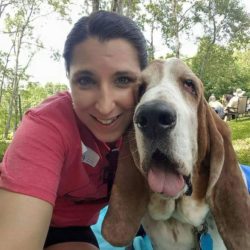 Being the Foster Home Coordinator for ABC, entails overseeing all the foster homes making sure we get updates on the dogs they are fostering, photos and any needed vetting the dogs may need while in our care. I am in constant contact with fosters and many vet clinics and sometimes even adopters.
fcforabchounds@gmail.com 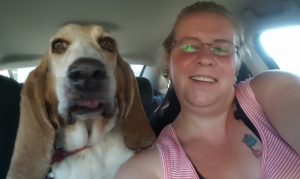 Three years ago I was unofficially crowned “Foster Failure” since I become overly attached to the then 4-yr-old, red and white that I was supposed to be temporarily fostering! I have 2 Bassets, Cooper and Tessa (the aforementioned foster) They’ve both won-over many hearts and I just can’t imagine life without them. 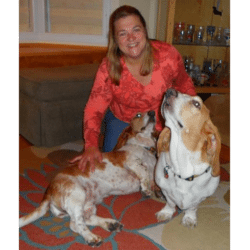 As an animal lover I wanted to do more for those dogs in need. Having already adopted 2 dogs, I had attended a rescue event at the Hamburg Fairgrounds where I encountered the ABC table and signed up to help transport dogs. 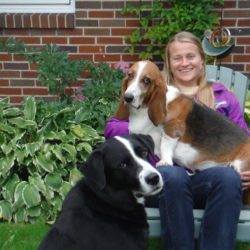