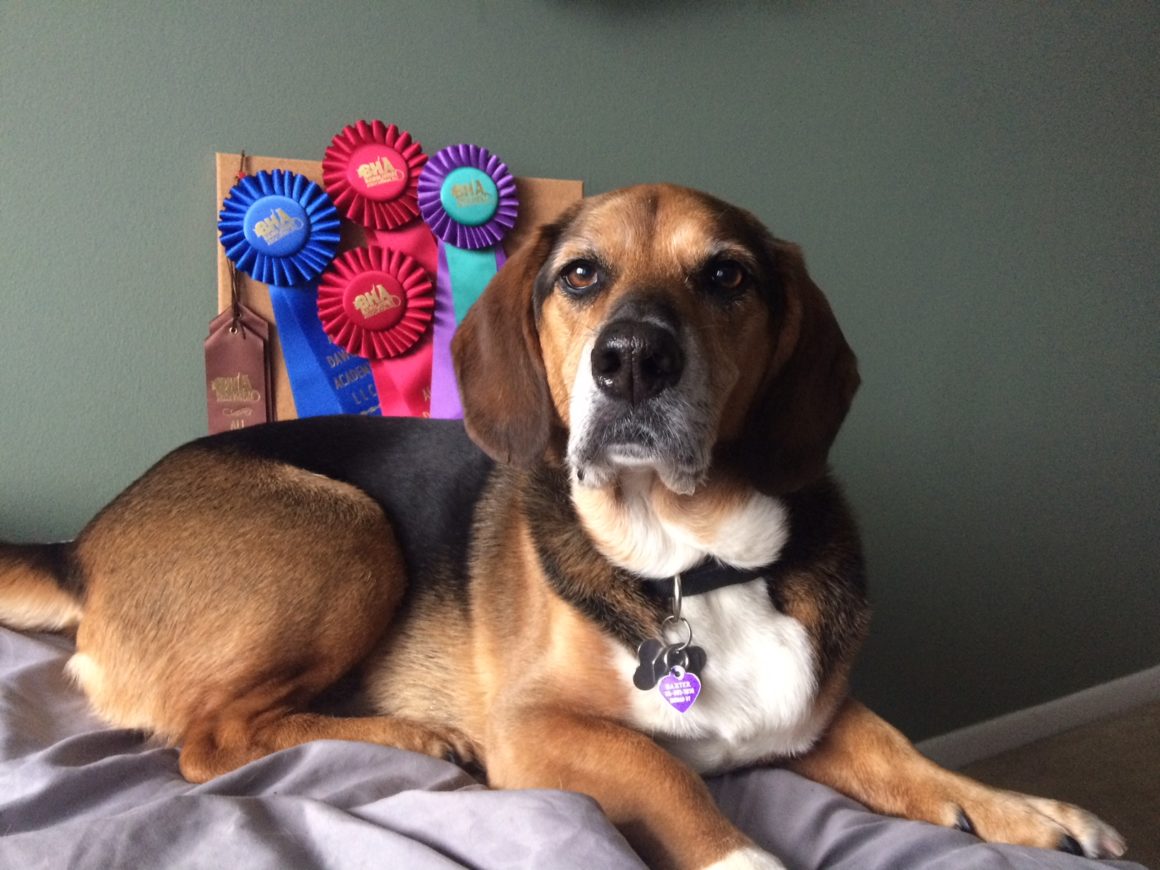 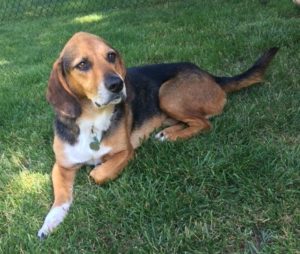 ABC Basset Hound Rescue was asked for help by Basset Hound Rescue of Kentuckiana with a basset mix named Baxter back in June of 2017. Baxter’s family turned him in to a local shelter in Kentucky and he was being passed over by adopter after adopter. The rescue thought we’d have better luck finding a family for him in New York.

On June 10th, Baxter arrived in New York and an eager adopter was patiently awaiting him. After a few hours, the adopter emailed and said “this isn’t going to work”.  She drove Baxter back to her foster home at 9am the next morning.

After six weeks in foster care, he was then placed with a 2nd family. This adoption lasted three days because the new family “just wasn’t feeling it”.

After another week in foster care, Baxter went to a 3rd adoptive family. On day 3 of Baxter’s stay, the man tried to get Baxter off the couch by pulling him by the collar (never a good idea) and Baxter reacted. “This is the end of the line for him” the adopter stated. 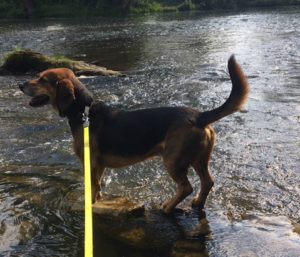 Baxter found himself in foster care, again. His foster parents, Karen & Paul, welcomed him back to their home. After fostering Baxter for 2 months, our adoption coordinator got an email from Karen (who we lovingly call KK) and the email said “Baxter has a forever home…with us.” All of  us at ABC were thrilled to hear Baxter was FINALLY in his forever home!

KK and Paul have been working on manners and basic obedience with Baxter. He attended beginner obedience classes for several weeks to sharpen his skills on a leash and learn basic commands. Baxter found obedience a bit boring….so, KK enrolled Baxter in a Barn Hunt class. Baxter found his calling!

Barn Hunt is an AKC event where dogs and their handlers work as a team to locate and mark rats (which are always safely held in aerated tubes) hidden in a maze of straw or hay bales. The hunting and teamwork skills required to do so are the foundation of the sport of Barn Hunt. And bassets are great at hunting!

This past weekend was Baxter’s first Barn Hunt Trial. Not only did Baxter successfully find all the rats, he came in FIRST PLACE! Baxter did so well this weekend successfully qualifying in 3 hunts, that he completed his AKC Barn Hunt Title!

All of us at ABC Basset Hound Rescue would like to congratulate KK and “Baxter RATN” (Novice Barn Hunt title) on this huge accomplishment! It is obvious that with a little love, patience, and basic training, you can turn a diamond in the rough like Baxter into a true gem. Congratulations, Baxter RATN! 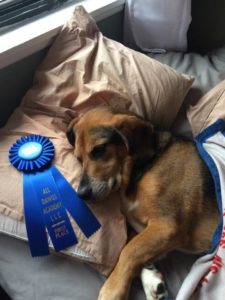 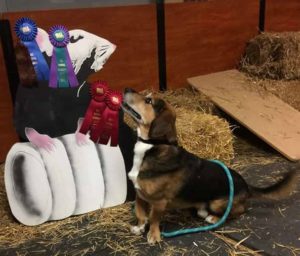