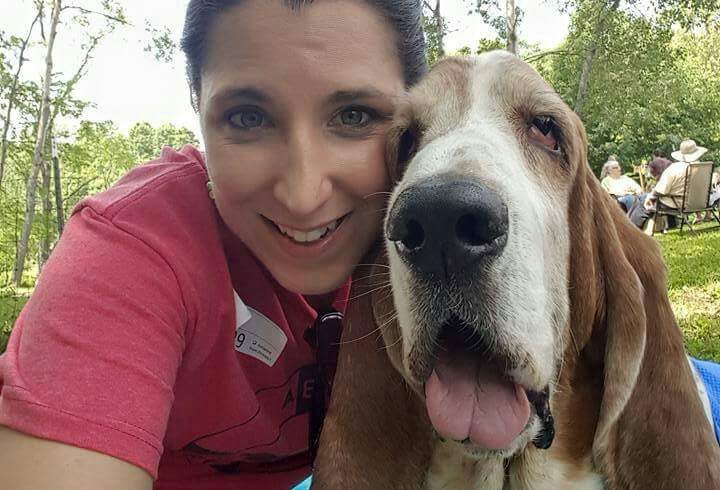 I started with ABC in 2012 when I first became interested in fostering. It provided the perfect opportunity to give a homeless basset a loving home until they were adopted. The fact that ABC would take care of the vet expenses during that time was an extra benefit. Little did I know that one of those fosters would grab my heart, change my life forever and start my connection with ABC. I became what is commonly known as a “foster failure” and adopted Jeb the summer of 2012.

I became secretary of this organization in 2013. My responsibilities include sending out letters to members and donors, helping to plan and organize our fundraisers, participating in conference calls, taking minutes at meetings and traveling out of state with The Slobber Shoppe in the fall. I am also in charge of registration for our largest event which is the Basset Blast that takes place in Rochester each April. When my time allows I like to help with transporting dogs from their foster home to their forever home.

Since 2002 I have worked at Buffalo’s Level I adult trauma center collecting and analyzing data on trauma patients. The work is never routine and no two days are ever alike. In my spare time, I like to enjoy all that Buffalo has to offer. I love the Buffalo festivals, the waterfront, spending time with friends and family and walks with Jeb.

Jeb and I reside in Buffalo, NY close to our ABC family members.