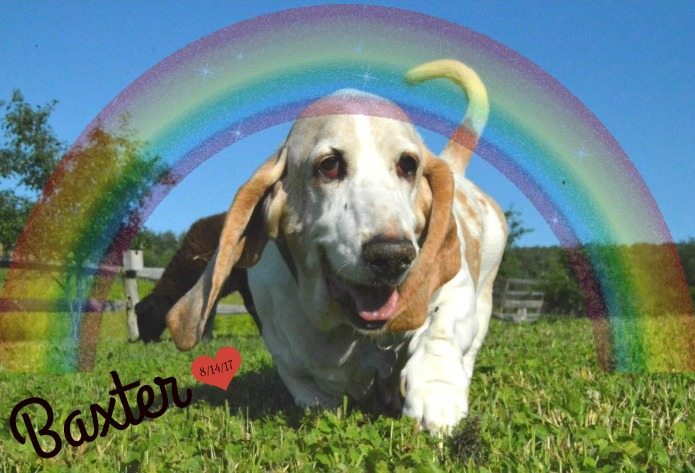 ABC Basset Rescue received a call from a woman in Ohio who needed to surrender her 5 year old basset, Baxter, due to change in jobs and Baxter being “too clingy”. When our volunteer arrived to pick up Baxter, she could see  he was far from 5 years old. Rabies paperwork confirmed her suspicion, he was actually 10 years old! He could barely walk. Baxter’s first vet appointment revealed a corneal infection, severe arthritis in his hind legs, loose infected teeth and bleeding gums. It was apparent Baxter was dumped due to his health condition.

Five days after he arrived, he stopped eating. He went to the vet for bloodwork and xrays and was diagnosed with renal distress. One week later, he was deemed healthy enough for his dental & extractions and fatty lump removals. He had 6 teeth removed. A week after the dental, he had a fever and was shaking throughout the night. A trip to the emergency vet was needed, vet said it might be a possible drug reaction or auto immune reaction.

After Baxter came home from the emergency vet, foster mom, Jessica, reached out to our adoption coordinator, Trudy, about adopting Baxter. She said “I wanted to ask about the possibility of adopting Baxter. He has so many issues, and I’m afraid he won’t get adopted because of them.” Jessica completed the paperwork that day and Baxter was an official member of the Neilsen family.

Unfortunately, Baxter was not acting right and back to the vet yesterday. This time it was discovered he had an intestinal blockage, a mass, and he was too weak to survive the surgery. Jessica made the painful decision to send him to the Rainbow Bridge.

When ABC’s President, Shelly Gordon, reached out to Jessica with her condolences, Jessica replied with “Thank you so much for allowing us to love all of these sweet dogs.”

Baxter may have only known Jessica and family for 2 months, but I can guarantee it was the best two months of his life. Yes, he was clingy, because all he wanted was to be loved. And in the end, he got it.

Rest in Peace, Baxter. Glad we could help you finally get the love you always wanted.  All of us at ABC Basset Hound Rescue grieve your loss. 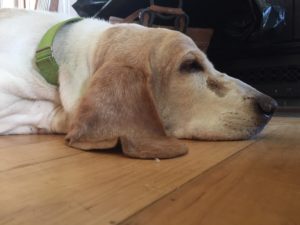 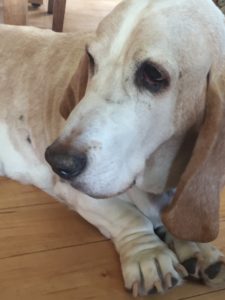 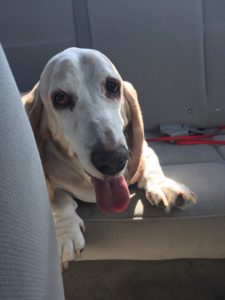