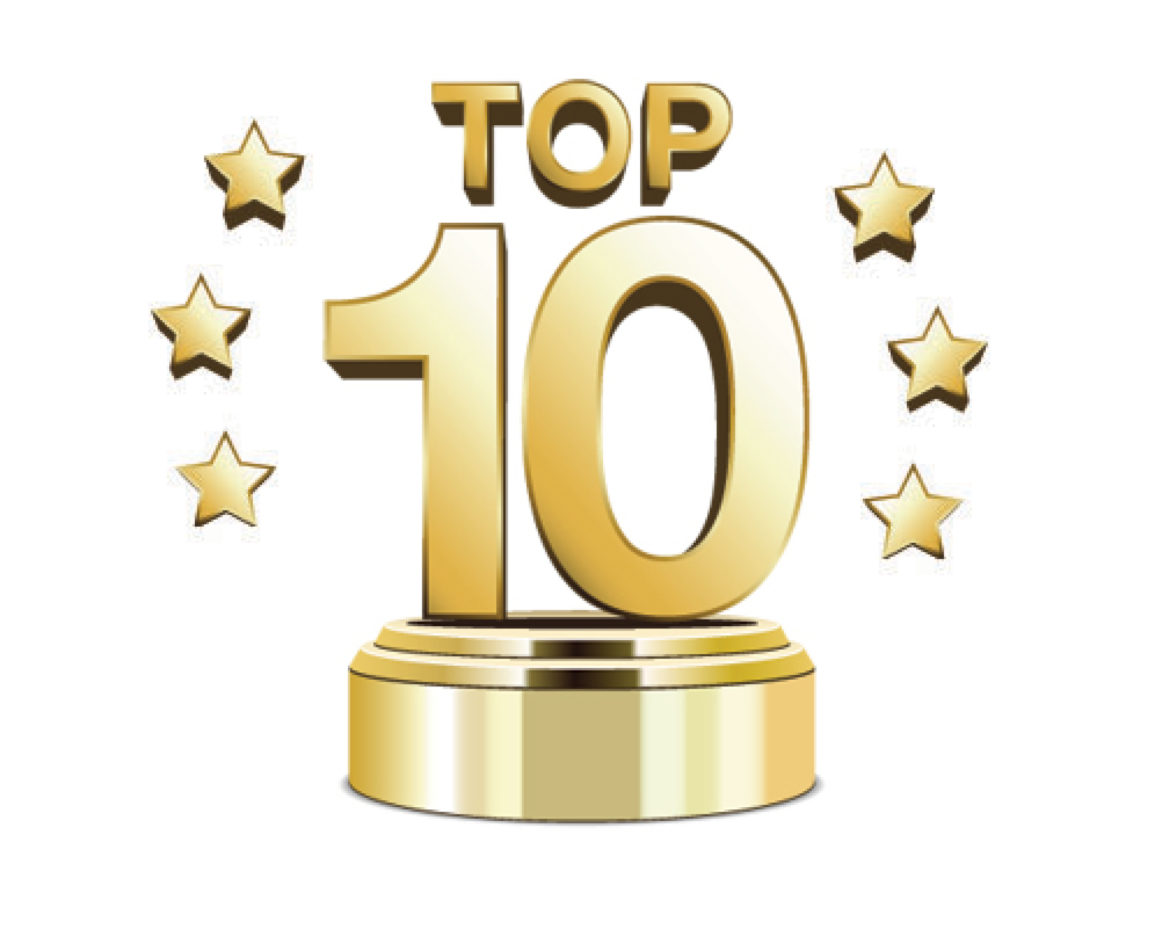 Who says you can’t get a puppy from rescue?!
This past year, ABC has had 47 puppies come in that were under the age of 8 months old!
We have had 13 puppies born in rescue from pregnant moms. Some were from puppy mills and owner surrenders. Out of the 47 puppies, 32 were all basset and 15 were basset mixes. 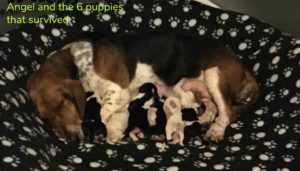 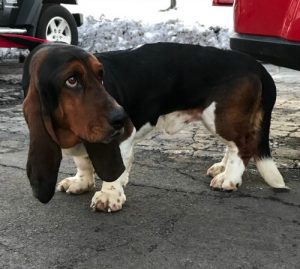 #9 Kevin Fosters 100 Dogs
Volunteers, especially foster homes, are the life line that keeps ABC going. We could never afford to have a facility to house dogs so we rely on people opening their homes to homeless bassets.
Kevin Kraft has been fostering for ABC for many years. This year he has fostered his 100th basset for ABC! Kevin lives in Cooperstown with his veterinarian wife, Amber.
Kevin and Amber specialize in fostering bonded pairs, litters of puppies and special needs dogs. Kevin recently fostered Copper for ABC for an overnight. Copper then went on to his new foster home the next morning. It wasn’t long before he called our adoption coordinator asking to adopt him. Congratulations, Kevin & Copper. 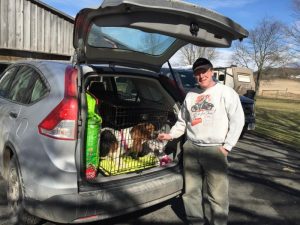 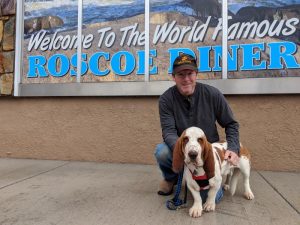 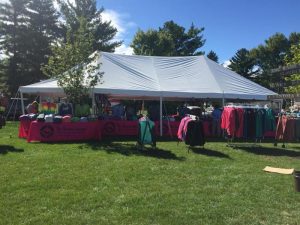 ABC Basset Hound Rescue’s Slobber Shoppe is the largest e-tailer of basset hound merchandise in the world!
This year has been our best year for online sales for the last 16 years! This holiday season we had 465 orders between Thanksgiving and Christmas!
ABC’s Slobber Shoppe is run exclusively by volunteers so every penny of your order goes to helping the basset hounds.
Watch for our shipping sale starting 1/1/19! 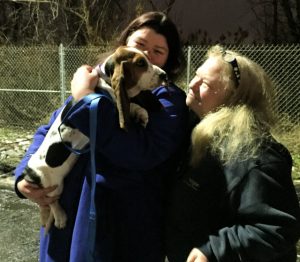 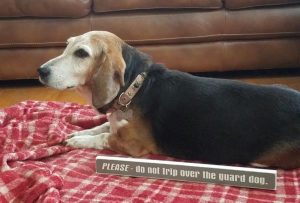 In early August, 10 year old Delilah found herself in a shelter in Kentucky. She was picked up as a stray. The shelter discovered she had a micro-chip and called her owner. What a great reunion that would be! Nope. Her owners told the shelter, “We don’t want her back. She’s old.”
Delilah soon found herself on a van to NY where we would hopefully find her a home. After 4 long months in foster care, finally, an adoption application came in for her. Jeanie, who just retired, said “I have the time for a dog now. I would like to adopt Delilah.”
Thank you, Jeanie, for opening your heart and home to Delilah. 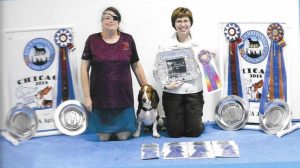 Because of our amazing volunteers and supporters, when there are basset mixes/basset blends in shelters and the all-breed rescues are full, ABC is often asked to help. So when you have the volunteers, you have the resources, why not help?
Many adopters come to us for full bassets, but some don’t care about looks. These amazing people have opened their hearts and homes to some really super dogs like Baxter and Lewis.
Baxter came from a shelter in KY and now has an AKC Barn Hunt title!
Lewis also came in to ABC from a shelter in KY. He is now thriving in his new home in NY where he is going to obedience classes. His new dad says “He is home, and he knows it.” 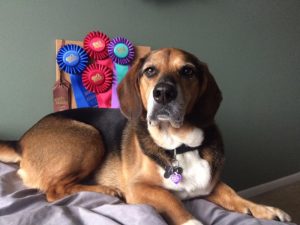 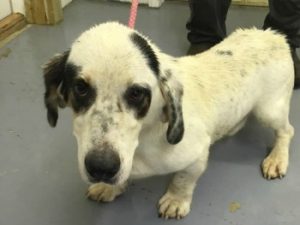 Scarlet, formerly “Mud Flap’, came from a live stock auction in Missouri. At these auctions, dogs are auctioned off to the highest bidder similar to cattle. These dogs are then used to breed in puppy mills. Luckily, Scarlet, was “won” by a basset lover and she was then turned over to ABC.

Three weeks later, she was adopted by long time ABC supporter, Linda.
Linda enrolled Scarlet in The SPCA Serving Erie County Paws for Love Program. During her 18 months with the program, Scarlet visits Amherst Middle School, Buffalo Academy of Science, Stress Relief programs at college campuses, the Buffalo Airport and Buffalo Public Schools and is part of the reading program.
Scarlet brings joy to all the kids she visits each week. 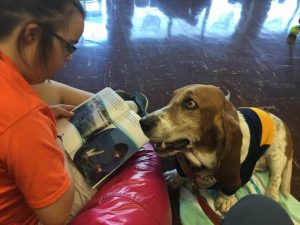 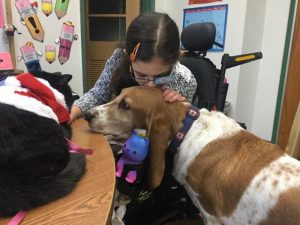 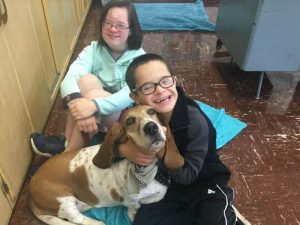 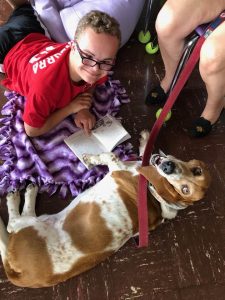 #2 Bo Survives Leptospirosis
Shortly after adoption, Bo came ill. Very ill. Bo was diagnosed with leptospirosis. A deadly disease that causes serious damage to the
kidneys and liver and could be fatal if not treated immediately. After several days in the hospital and over $5600 in vet bills, Bo went HOME! 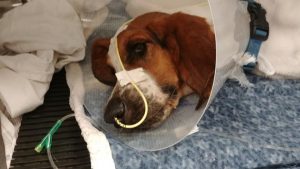 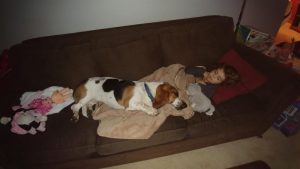 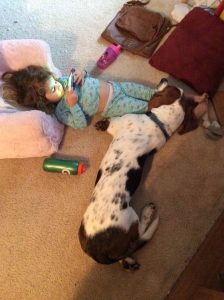 ABC Basset Hound Rescue is New York’s Basset Hound Rescue.
However, there are many bassets outside of NY that need our assistance! We have helped bring in many dogs from out of state! Here are the numbers of bassets we have saved:
New York: 22
Kentucky: 50
Missouri: 43
Indiana: 3
Ohio: 9
Connecticut: 2
Oklahoma: 1
Pennsylvania: 2
Without ABC’s volunteers, foster homes, our vans, donations from our supporters and our fundraising events, NONE of this would be possible.
Accessibility by WAH
Text Us