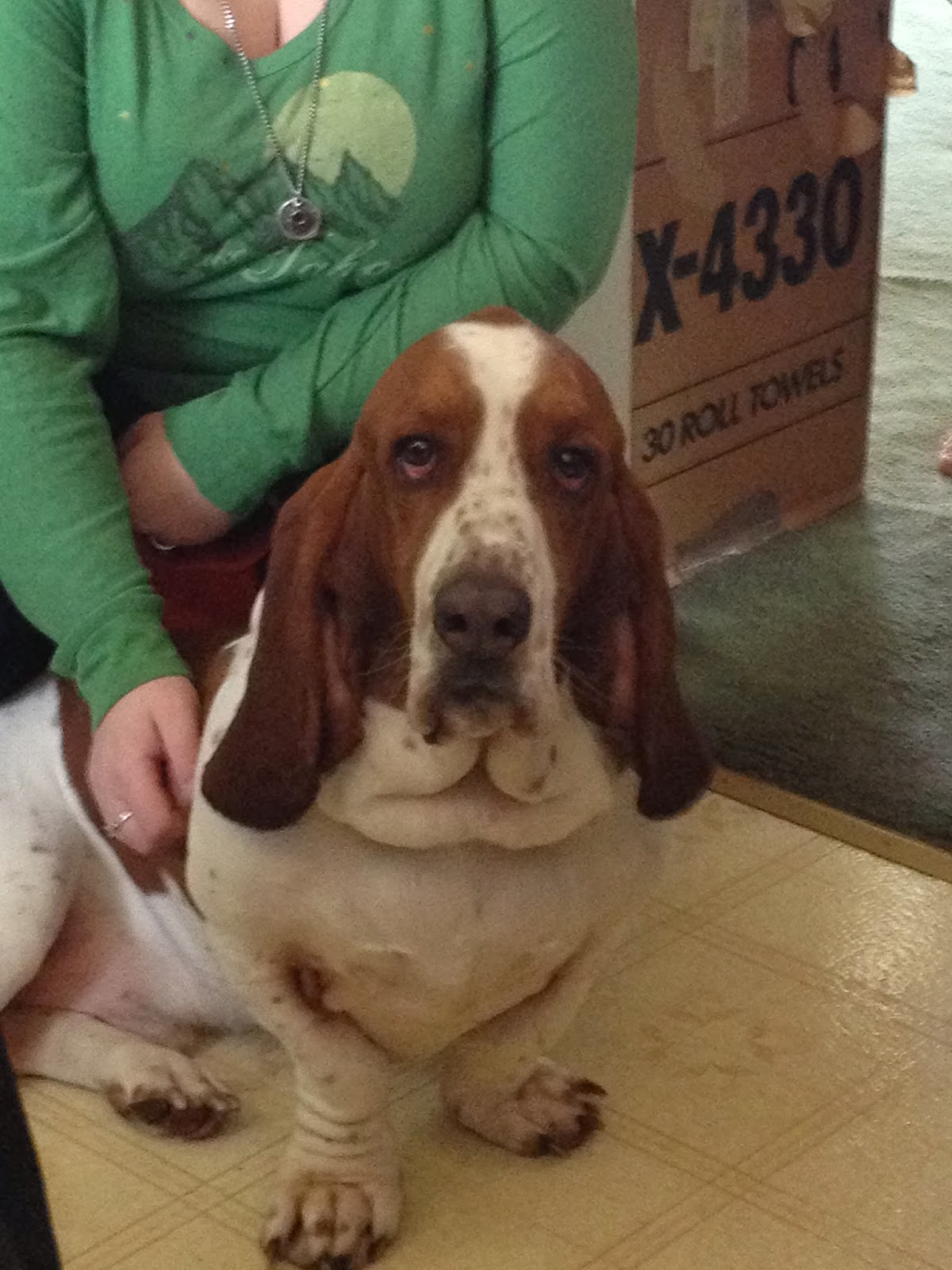 If you haven’t gotten an email or seen it on the ABC Facebook page or the ABC Website, we are about to embark on a HUGE endeavor. With the help of Daphneyland Basset Rescue in California 20 bassets will be hopping a flight to New York on December 2nd. ABC has organized the LARGEST adoption event in the history of the rescue on December 7th with dogs from CA, TX and the bassets we currently have in foster homes. I wanted to share with everyone my experiences at an ABC adoption event.In January of 2012, John (my husband) and I made our way to an ABC adoption event. This event, I found out later, was a result of having too many adopters for the 5 dogs that ABC rescued from TX. I had seen the article in the news about the TX dogs and thought “we should try to adopt one of these bassets”. I’ve always loved the basset hound and after showing John the cutest basset puppy pictures I could find…he was convinced. We made the arrangements to get our adoption application approved and took the time to head to the event.
ABC sent us information on each dog that would be available at the adoption event before we got to the event. We took a couple of days and picked out several of the dogs that we liked. We thought each of the dogs would be perfect for our home from the information they provided. It was a “first come, first serve” type of event and we wanted to be prepared in advance. What we didn’t realize when we got to the event is that Cooper would pick us.
We entered the Camp Bow Wow in Tonawanda where the event was taking place. The moment we walked in we noticed that there were adopters and volunteers and dogs and a lot of organized chaos. We noticed a couple of kids were walking Cooper around the big reception area when we walked to the center of the room. All of the adopters were waiting on the start time for the event and for the volunteers to bring out ALL of the bassets for everyone to meet. I loved the looks of Cooper and I went right up to him as the kids were pulling him around on his leash. John walked by Cooper and he followed John (this is funny to us now since Cooper will bark at all males that enter our house). I bent down and petted his head. He instantly sat on my foot. I gave John “the look”, the smile and the head shaking to confirm that he was the one. I think we were both sold instantly. He was so handsome and sweet. 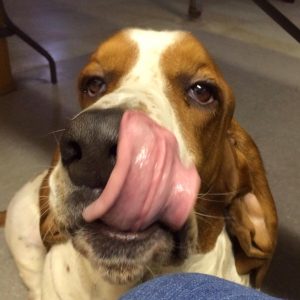 So, if you are one of ABC’s approved adopters or you have been thinking about adopting another amazing basset hound…now is the time for action!!! You could find the Perfect basset hound at the adoption event in December or a basset could just as easily pick you; like Cooper picked us!!! Trust me it is worth the trip.

The adoption event is December 7th, 2013 at the Fetch and Catch in Bowmansville, NY from 1:00-5:00 pm. ABC has secured a special rate at the Sleep Inn Airport for adopters who are traveling into town the night before the event. It is $79 for a king or double for the night and that rate includes hi speed internet and a full hot breakfast. Call 716-626-4000 to book your room now.
More information and/or to submit your adoption application go to the ABC website at www.nybasset.org. Please contact Chris Brothers our adoption coordinator with any questions and/or to let her know that you’re interested in joining us for the event. I hope to see some of you there!!!! 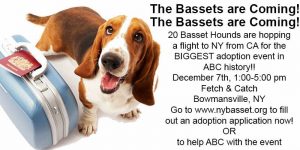