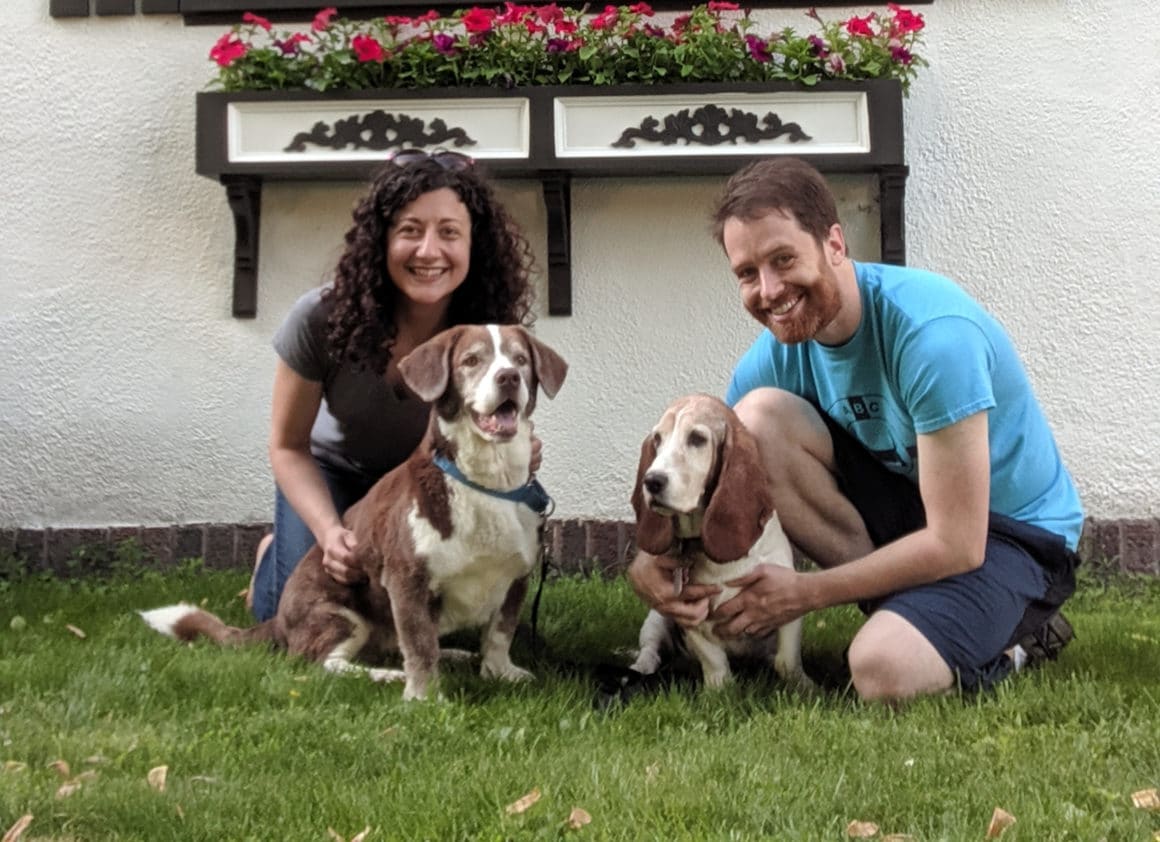 A shelter worker in Hamilton, KY, arrived at work one morning to find a middle aged basset mix in one of their “drop pens”. With him, came a note that said “He is a stray”. He didn’t even have a name.

Upon exam at the shelter, it was discovered that this nameless boy was holding up his back leg. Shelter staff thought maybe it was from being tossed into the drop box. They were hoping he’d start using the leg again after the stray time was up. No luck. He was still favoring his back leg. His care was going to cost more than the shelter could afford, so they started to look for a rescue to take him. 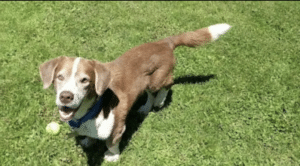 Since there are so many homeless dogs in Kentucky, dogs with disabilities often get overlooked for the healthy dogs. Our friend, Tina at Basset Rescue of Kentuckiana, reached out to ABC Basset Hound Rescue’s President, Shelly Gordon, who immediately said “yes” to helping him.

A vet in Kentucky took x-rays and sent them on to ABC BHR before he took the 9 hour transport up to New York. Once in New York, he saw a vet who suggested amputation. Surgery to correct the problem wasn’t advised as the leg looked to have bone fragment scattered throughout.

A week before his amputation surgery was to take place, Hamilton moved to a new foster home without stairs. There, he seemed to fit right in with the other basset, Annie, in the house, especially since she had been mourning the loss of her brother who died in April. Foster parents, Anne & Jimmy, saw what a great fit Hamilton was and wanted to adopt him, however, they were a bit apprehensive about adopting a three-legged special-needs dog. 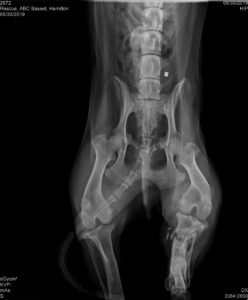 Anne & Jimmy took Hamilton to a specialist at Orchard Park Veterinary Medical Center. Dr Kloc examined Hamilton and his x-rays. Dr Kloc did not recommend amputation or corrective surgery. He feels that he has a functional limp and is not in pain. According to the x-rays he had a broken pelvis at one point and was also shot with a BB gun as he still has the BB inside him. You can see it on the x-ray. Dr Kloc feel this all happened when he was just a puppy.

Anne & Jimmy were thrilled to hear of the doctor’s determination and decided to adopt him and make Hamilton, from Hamilton, Kentucky, part of the Himes family.

Hamilton’s new mom says “We love our disabled pups and want everyone to know they can lead very happy lives and be great companions despite a limp, missing limb or legs that don’t work. A disability is not the end of the world.”